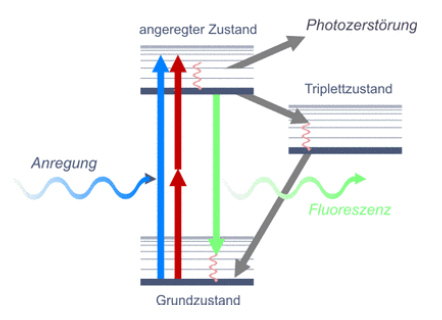 The LIF technique is a highly sensitive method of measurement used in many areas of research to detect atoms and molecules.

An atomic or molecular species is capable of absorbing laser light if the wavelength is compatible with the species’ transition resonance.

The molecules instantaneously re-emit the absorbed light in the form of fluorescent light which is detectable with a photomultiplier or CCD camera. The intensity of the fluorescent radiation can thereby determine the species’ concentration.

Due to the resonant excitation, the LIF method is species-selective and, therefore, so sensitive that concentrations are usually detectable down to the ppm range.